I Am a Worker

How to Reduce Transactional Complexity with Lean

At Veryable, we believe the current Lean model is in need of a refresh. It’s not that the basics are wrong, but rather, that—no surprise here—the digital revolution is changing everything.

What are transaction costs?

In 1937, the economist Ronald Coase wrote an article where he tried to answer the question of why companies take the shape and the size they do. In a nutshell, his answer was that the firm represents an alternative to market transactions. In effect, firms “integrate” the role of markets as they acquire companies across their value chain. Coase concluded that firms grow as long as it is more effective for them to have transactions accomplished internally than to make them through the market.

In other words, the cost of transactions is key. This message was at the core of another influential article titled “The Hidden Factory”, which lamented the ever-growing costs of overhead in American industry. The authors estimated at the time that overhead made up 35% of production costs across U.S. industry.

The term “hidden factory” nowadays usually  refers to the costs caused by insufficient quality, but that was not the focus of the original article. The authors explained that, although accounting systems base overhead rates on direct labor, material or machine hours, the true driver was transaction intensity.

The article identified five types of transactions behind the growth of overhead:

Transactions build up excessive costs that typically appear as overhead, which has always been a major headache for accountants, managers, and shareholders because it is, by definition, unassignable. So, if you’re trying to make decisions based on economic impact and 35% of your costs are overhead, that means you’re blind to how your decisions affect that 35%. Looking at it from the other side, you’re also blind to how 35% of your costs relate to performance and profits.

So, while Coase provided a good explanation for the creation of conglomerates in the 20th Century, the “Hidden Factory” concept may explain why, like many others before them, GE, Toshiba and J&J have moved away from conglomerates and are splitting into focused companies.

Again, we find transaction costs as a hidden but important aspect of business. In their article, Miller and Vollman argued for three methods to reduce the weight of the Hidden Factory:

It did not escape their notice that Lean (or just-in-time, as it was called back then) immediately suggested a mechanism for reducing transaction costs!

Kaizen should target overhead activities that clutter the cost and revenue picture. You can do this by simplifying processes, reducing lead times, and making processes operate more “autonomously” through jidoka and pull systems.

As companies become lean, they simplify their transaction landscape. Think of how materials flow faster inside value streams; at some point, lead times are short enough that inventory lasts no more than a month. This allows Lean accountants to switch to direct costing and quit recording inventory on balance sheet accounts.

Lean accounting pioneer Lantech freed up 1/8th of its accountants this way and got a much better view on their actual costs, since they weren’t “captured” in the balance sheet as inventory, to be later “released” to the P&L when the inventory was sold or reduced.

Similarly, Lean’s focus on built-in quality means that at some point it makes sense to backflush inventory transactions based on finished goods produced, without incurring unacceptably large errors.

While speeding up flow in a value stream results in lower costs, higher customer satisfaction and  flexibility, it also does wonders for lowering the number and the costs of transactions. The difference is that you must take deliberate action to realize those benefits.

All of these practices simplify the manufacturing process, which reduces transaction costs. When your CFO comes to you after a few years of successful Lean management and says “I have a problem: I can’t explain all this additional profit we’re making,” this is probably due to two things: continuous improvement driven by the shop floor and reduction in transactions.

Through automation of data production, ingestion, processing, and representation, digital technologies offer new opportunities to increase the benefits of transactional data while greatly reducing their costs.

Veryable’s on-demand labor solution is an example of how the digital revolution complements Lean and reduces overhead, replaces planning by flexibility, and is extremely transaction-efficient: businesses don’t need to worry about hiring, data entry, insurance, or all the “hidden factory” that comes with more traditional labor management. To Miller and Vollman’s three methods for reducing the Hidden Factory, we can add one more: using digital marketplaces and digital tools to perform frictionless transactions at lowest costs.

Gauthier has over 18 years of experience with lean, mainly in the automotive, pharma and electronics industries, and leads the Lean Center of Excellence at Veryable. Prior to Veryable, Gauthier occupied Senior Consultant and Project Manager roles in consulting (Growtth consulting Europe and Simpler Consulting) and was Manager of Training Operations at Lean Alliance, where he developed the Lean Engineering “black belt” program. He trained over 100 Lean Black Belts in Europe, the Americas and Asia. He was responsible for the introduction of lean management systems at MacLean-Fogg (company-wide) as Executive Lean Advisor, and at Hillenbrand (Global Functions) as Sr. Director, Hillenbrand Operating Model. He has led over 160 kaizens in 14 countries and over 100 Value Stream Mapping workshops. Gauthier holds an MBA from the University of South Alabama and a DESCAF (Masters in Business Administration and Finance) from ESC Pau (France). 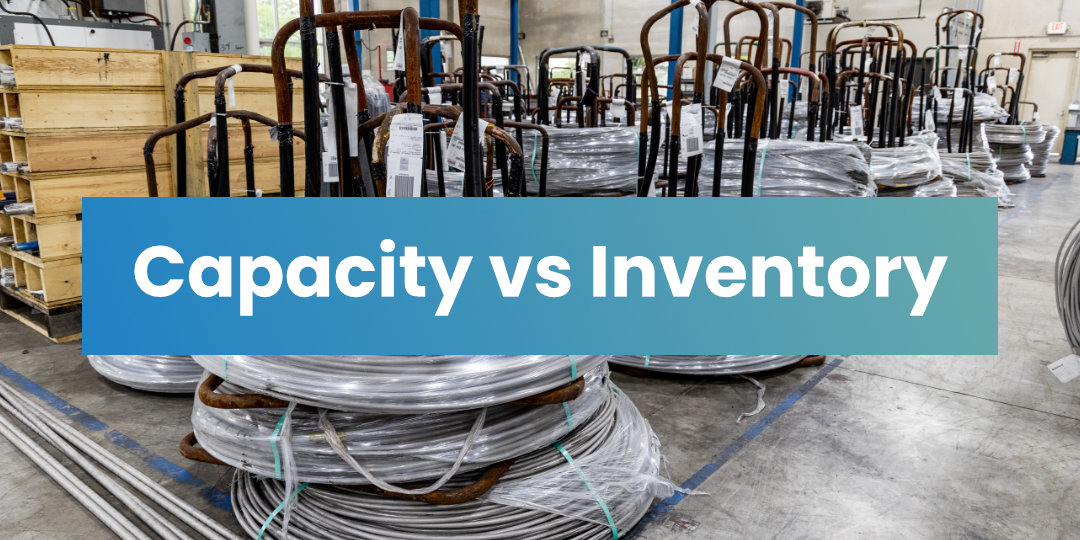 Additional Capacity vs Additional Inventory: Which is a Better Solution?

Do People Really Hate Their Job? (And Can You Change That?)