I Am a Worker

Why Most Businesses Can’t Sustain 5S 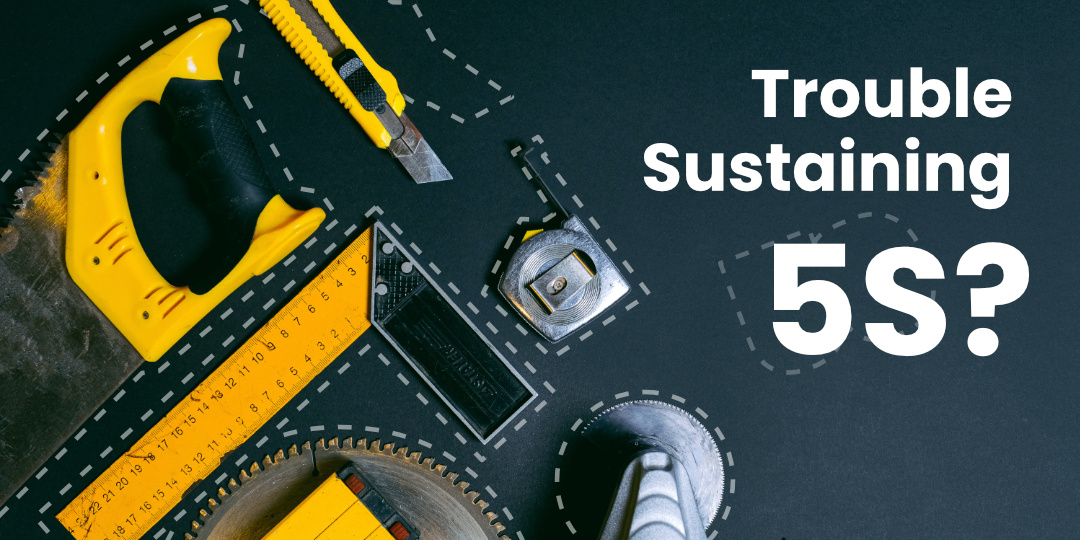 Want a real challenge? I challenge you to find a factory with more than 20 people that doesn’t at least try to apply 5S.

Given that 5S is the best-known Lean tool by a wide margin, it’s kind of surprising that so many organizations that have tried to implement it also admit that they’re having a really hard time sustaining it.

I will argue that is because most of us actually don’t know what 5S is about.

At Veryable, we urge companies to adopt Lean practices and provide them with access to an on-demand labor marketplace so they can achieve operational excellence. In my own work, I’ve seen companies succeed with Lean and I’ve seen even more companies fail at it. That’s why I want to warn you of the common mistakes of others.

In this article, you’ll learn why most businesses can’t sustain 5S and what you can do to be certain your 5S event is repeatable and sustainable.

The first 5S event (what most companies get right)

First, let’s talk about the basics—what we’ve all been told about 5S. This is the part most companies understand as a list of the steps taken in a single 5S event.

I’m not going to bore you with the five Japanese words that the 5S process steps were originally called, but I believe shoehorning translations to start with the letter S was not a very good decision because it makes the meaning of the five steps harder to understand.

The traditional 5 S’s correspond to five stages of a process of organizing the workplace. They are:

The Sustain phase is just what it sounds like. To ensure that the team complies with the 5S standards, many organizations carry out regular 5S audits and post the results of each audit. Some even make the audit scores a KPI!

And yet, as you’re probably aware, that does not guarantee success. In fact, many places will long carry the sad remnants of past 5S efforts: faded out motivational posters, torn floor markings, half-empty shadow boards, and old audit graphs. Perhaps the previous effort left the place marginally better than it was before, but it’s clearly not maintained and will continue to degrade until a new 5S project is launched.

There are two problems with how most companies do 5S that cause them to fail on the “Sustain” step of the process. The first is that they think the sole purpose of 5S is to tidy up and get organized. The second is that they try to keep ownership of 5S with the leadership instead of the workers.

First: 5S is about more than organizing and cleaning

The first thing most companies get wrong is when they think the whole purpose of 5S is to have a clean, well-organized work area. That is the superficial goal of 5S, and it certainly is worth the effort. A well-organized work area is a more pleasant, cleaner and safer environment. It has higher productivity due to the reduction in motion waste. It even produces work with greater quality, because clutter is a contributor to errors that end up causing defects.

But there is a deeper goal to 5S, and it’s why all good Lean programs start with 5S. That deeper goal is the creation of an empowered mindset among the workers. The table below explains how the worker’s mindset differs before and after a successful 5S event.

Do you see the difference? For too many, a good 5S is the first time they’re treated as thinking, knowledgeable, and worthwhile people. A good 5S event will involve treating them as a full person, with not just a pair of hands but a brain as well. It’s also for many the first time they see managers acting as coaches, not problem-solvers, answer-givers, instruction-distributors, or blamers.

The change in approach is absolutely critical, and it’s much more difficult on the managers and facilitators than on the operators themselves.

Second: 5S is not a top-down, one-time event

If managers and supervisors try to take control and ownership of 5S, it will fail. When conducting 5S there is one simple rule that makes all the difference:

The only people allowed to make decisions in a 5S workshop are the people who actually work in the area.

If your leadership can’t commit to this rule, you are simply not ready for Lean. Will it be frustrating to stick to this rule? You bet! Your frustration is a sign that you have not yet adopted the Lean mindset.

In my experience, when managers thought the team was making a wrong decision (e.g., keeping an object that the manager felt was unnecessary), it often turned out it was the right decision. But even it was the wrong decision — so what? Do you think the team won’t eventually figure it out? Don’t you ever make bad decisions?

It’s more important to teach the team that you trust them to own their work area than it is to nitpick about whether an object belongs. Remember this: the moment a manager speaks out against a team’s decision, even if they do so in a “respectful” way, they’ve sent one message loud and clear: “I’m still the decision-maker, no matter what I or others say.”

People on the shop floor are extra-sensitive to this message, even if it wasn’t the intent, because that is the reality they’ve lived with their whole lives. Lean is about changing this reality, and it’s a hard goal. But it’s the goal you need to achieve to be successful, and 5S is your first true test. Don’t flunk it.

How to make 5S sustainable

As you can see, this is very much about psychology, so I’d like to end with another tip. 5S is hard because you’re fighting against established work habits. To succeed, you will need to replace these old habits with new ones. Luckily, the mechanisms of habit formation are well-known (a good book on the subject is Atomic Habits by James Clear).

A habit is basically a neural loop that connects a cue (a trigger) to a response (the behavior displayed in a habit) and the response to a reward. When building a new habit, it’s critical to have all three elements. It’s not enough to reward people for doing the right thing—you must make it easy for the brain by having a consistent and unique cue that is associated with both the response and the reward. The reward can be “a small thing” (e.g. a nod or word of thanks) and might even dissipate with time, but the cue won’t.

In fact, when you’ve repeated the sequence enough times, you can remove the reward altogether and the cue will still produce the response.

Your goal when doing 5S should be to build the standard from phase 4 into habits (perhaps leveraging the science discussed above). Only when the 5S behaviors occur effortlessly will you be certain of sustainability. As long as it requires deliberate effort, 5S is fundamentally not sustained.

To do this, everybody in the 5S area needs to operate as a team and hold each other accountable. Not to keep score, but because it’s the repeated nudges we receive when we forget or when we do it right that will eventually create those good habits.

So, if it were possible to do so, I’d like to rename the 5S’s and clarify their meaning. They’d be called:

Or, if you find it easier, memorize it as the acronym HABIT:

I hope this blog has renewed your interest in 5S and that you learned something new. I really encourage you to try this out, even if on a small scale to begin with, and hope to hear from you.

Gauthier has over 18 years of experience with lean, mainly in the automotive, pharma and electronics industries, and leads the Lean Center of Excellence at Veryable. Prior to Veryable, Gauthier occupied Senior Consultant and Project Manager roles in consulting (Growtth consulting Europe and Simpler Consulting) and was Manager of Training Operations at Lean Alliance, where he developed the Lean Engineering “black belt” program. He trained over 100 Lean Black Belts in Europe, the Americas and Asia. He was responsible for the introduction of lean management systems at MacLean-Fogg (company-wide) as Executive Lean Advisor, and at Hillenbrand (Global Functions) as Sr. Director, Hillenbrand Operating Model. He has led over 160 kaizens in 14 countries and over 100 Value Stream Mapping workshops. Gauthier holds an MBA from the University of South Alabama and a DESCAF (Masters in Business Administration and Finance) from ESC Pau (France).

Why Lean Culture is Key to Revitalizing US Manufacturing 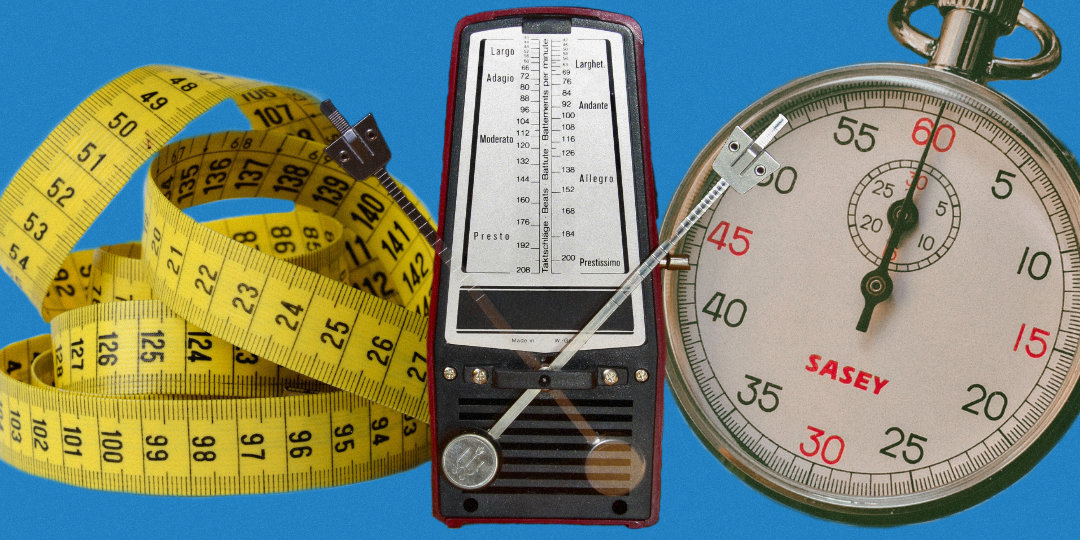